Best of both worlds

‘The coolest gadget of them all', presenter Richard Hammond said of the Carver in the TV program Top Gear. The lightweight Carver has the comfort and safety of a car and tilts into the bends like a motorcycle. View Carver on Top Gear

The Carver started out as the vision of Anton van den Brink; he wondered: “How much car do you actually need for one person?” This led to a new three-wheeled vehicle concept with the tilting sensation of a motorbike. 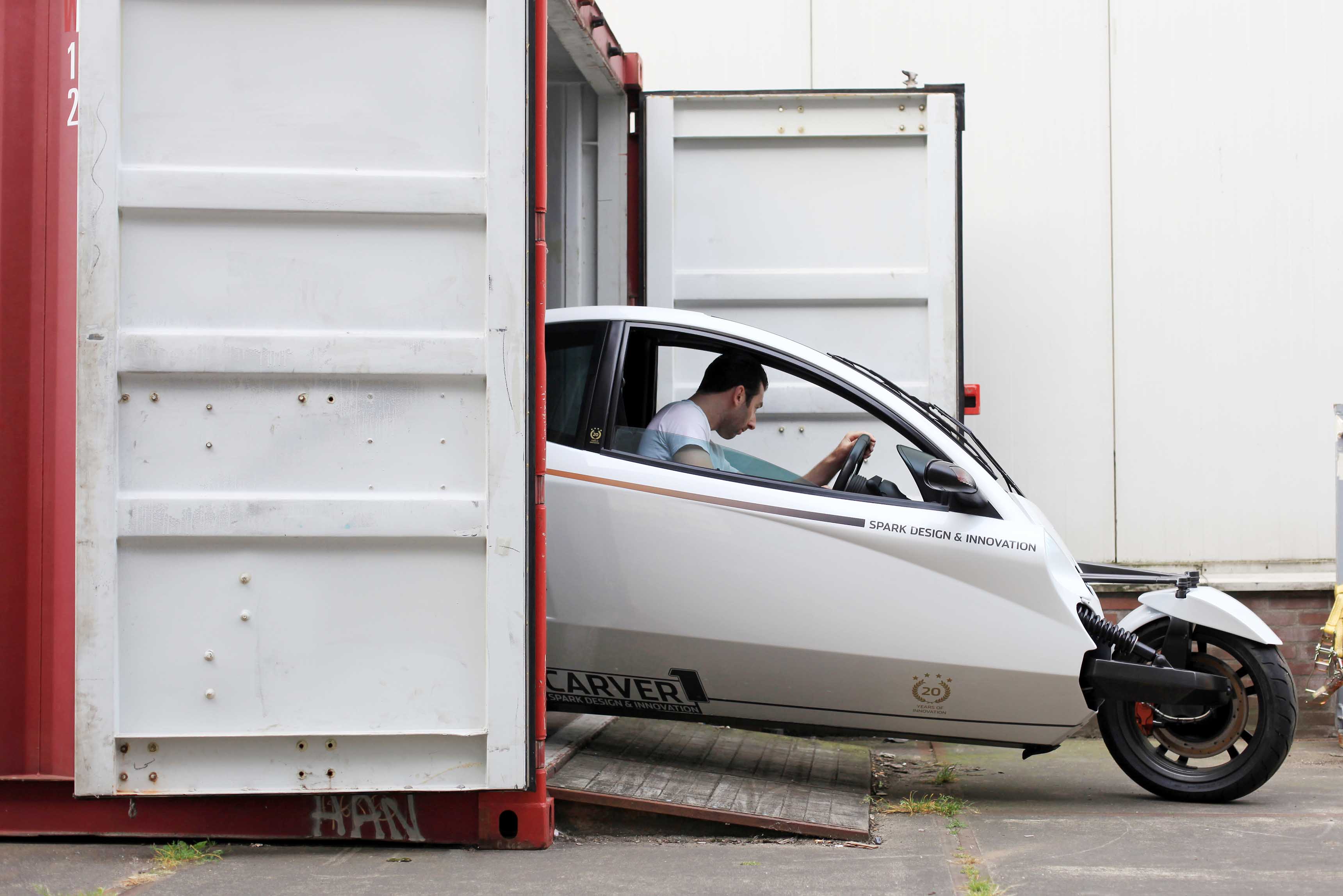 The basis of the unique tilting mechanism is the patented Dynamic Vehicle Control (DVC) system by Carver Engineering. The rear part of the Carver, with the two rear wheels and the drive train, remains with two wheels on the ground and is hydromechanically connected to the cabin. The single front wheel tilts with the vehicle body into the bends, to a maximum of 45 degrees. 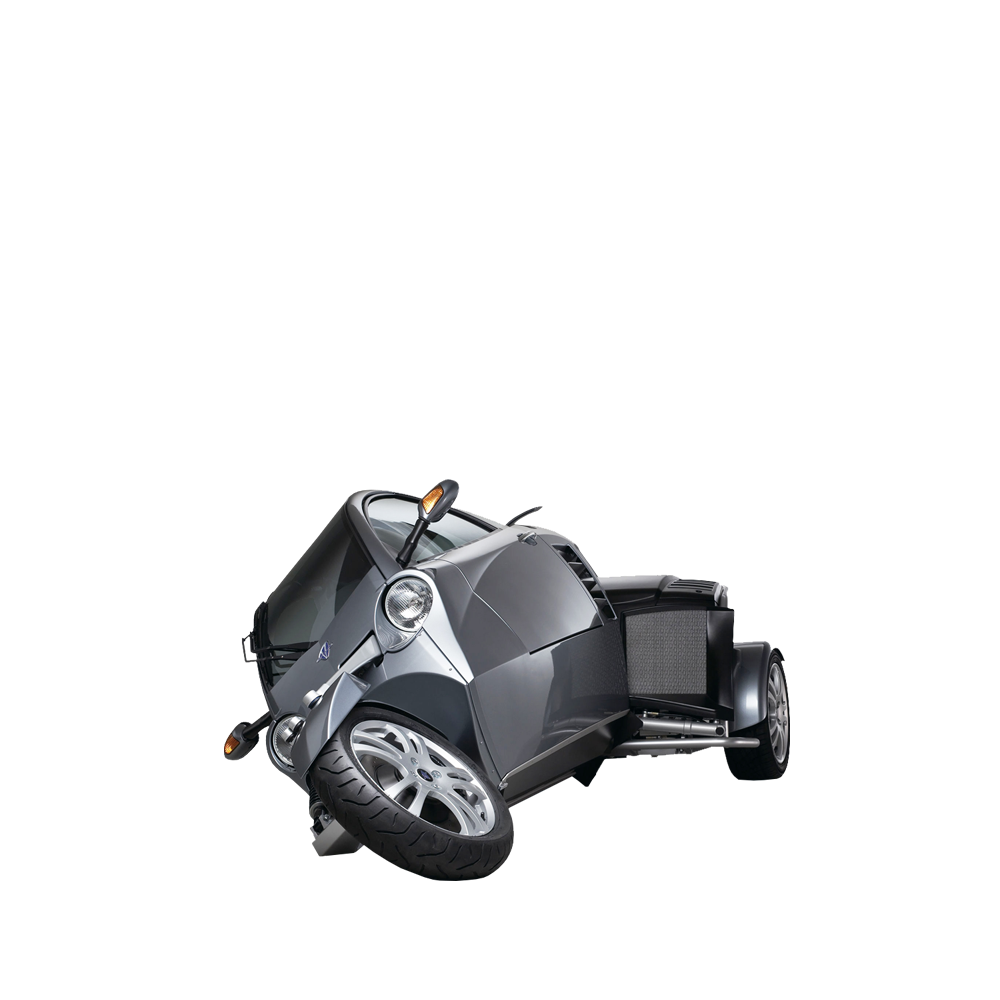 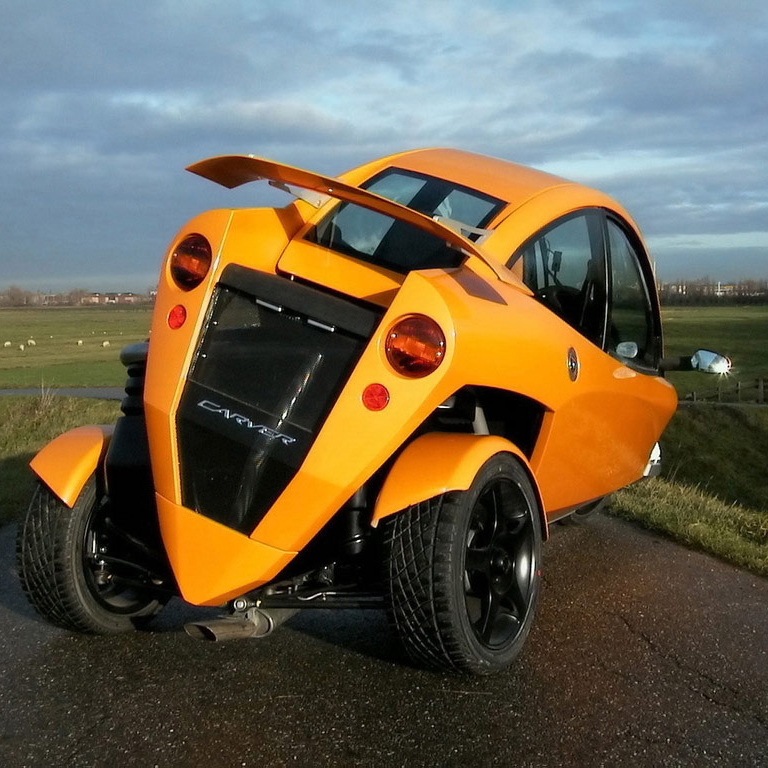 Using styling studies, we investigated possible construction forms for the exterior and the interior of the Carver and modelled them in 3D CAD. We then used this to mill the moulds for the bodywork. The bold looks of the Carver, in combination with the unique tilting mechanism have been well received worldwide.

The Carver is still regarded as a future-oriented concept of sustainability and is reflected in several concept cars. For example, the Carver was a model for the CLEVER and the Persu Hybrid tilting three-wheelers. Similar concepts can be seen in the pre-production model for the Lumeneo Smera, the Narrow Car Company’s NARO prototype and the concept car Nissan Land Glider.

The Carver also forms the basis for the PAL-V, a ‘flying car' that we have developed with PAL-V. 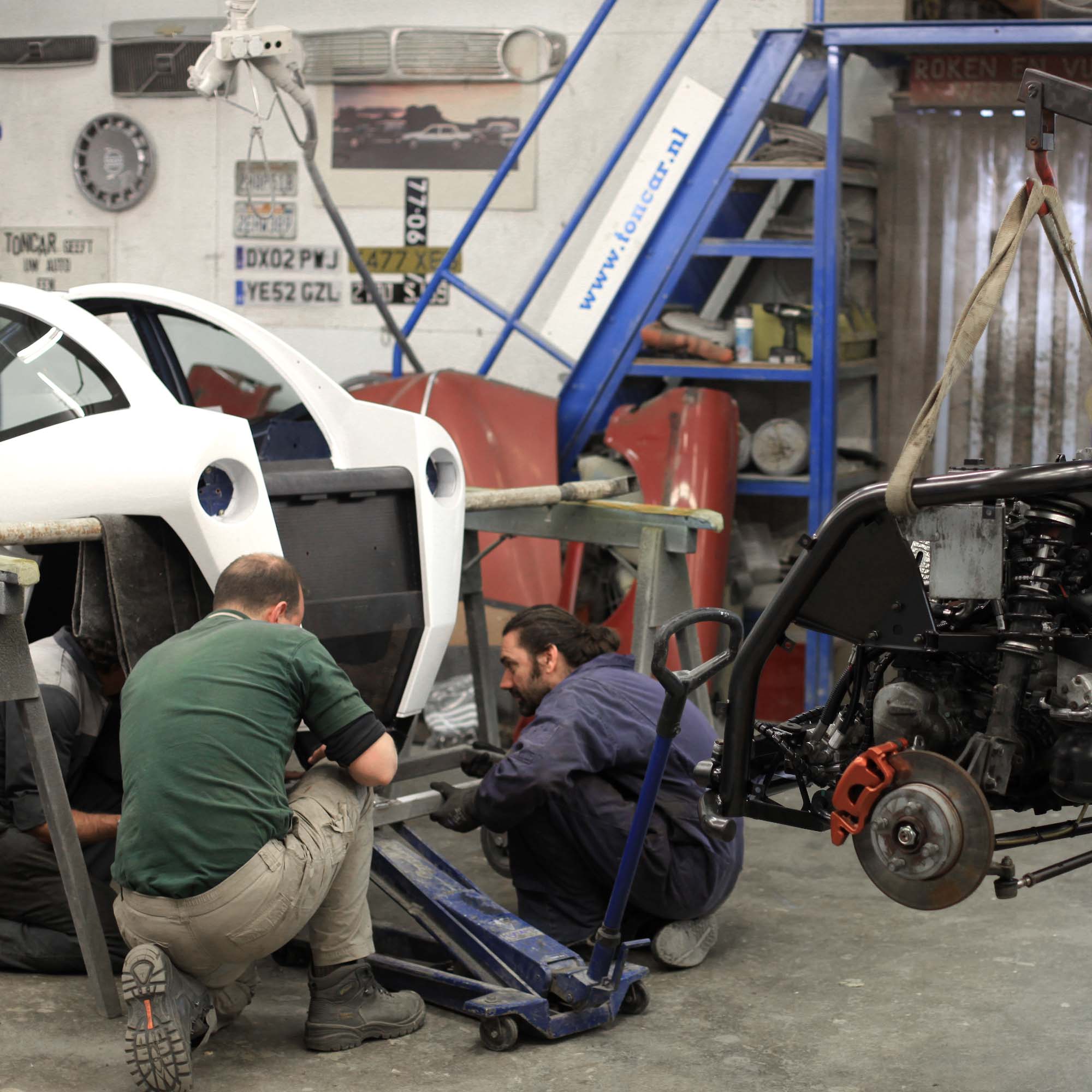 link to a new project